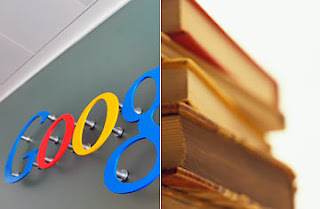 Critics of Google's book-searching agreement with publishers and authors were cheered last week when antitrust regulators in the Justice Department set their sights on the search giant's publishing deal, demanding more information.
"This is a monumental settlement that's at stake, and for the government to show this kind of attention is heartening," says Lee Van Orsdel, dean of university libraries at Grand Valley State University. "The increased scrutiny on the part of the DOJ tells us that our concerns are resonating far beyond the library community," concurs Corey Williams, associate director in the office of government relations at the American Library Association.
Goliath Google facing off against a legion of librarians and, possibly, the U.S. Justice Department — now there's a fight.
Fuente:http://www.time.com/time/business/article/0,8599,1904495,00.html
Publicado por Biblioteca EU la Inmaculada en 13:58